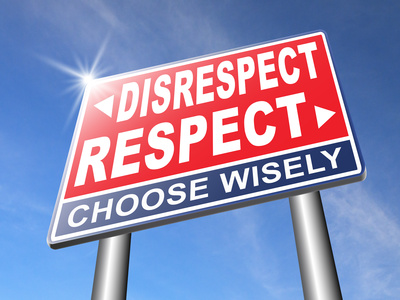 Yesterday I was invited onto a seat on Blab. I was attracted to the show after seeing a friend in one of the other seats.

As the host of the Blab accepted my request to join the conversation, she decided to welcome me with several derogatory comments about lawyers (yes, I’m a lawyer).

This woman was a professional. How she welcomed me to her Blab honestly caught me a bit off-guard. In a DM on Twitter after the show, my friend confirmed he felt the same way about what she said to me. By the way, the name of this lady isn’t important but I think my takeaway is.

Had my friend not been on the Blab, I would have simply left the broadcast. Life’s too short to deal with people who are so self-involved with themselves that they don’t respect others and see the big picture. Instead, I took the high road and tried to engage in a positive fashion until my family was ready to head out for Saturday afternoon soccer. A day later, I’m still a bit bothered by what happened and wanted to get a few thoughts off my chest.

I’m not sure if the host of this show was serious, just making a bad joke, or simply sharing several misguided comments. Either way, it immediately alienated me from her. Despite the value of her message and services, and I’m giving her the benefit of the doubt, she’s lost me as a live streaming participant, a referral source (30 years of business connections), and as a possible client.

The takeaway I mentioned is as follows. On live streams, in business and life, you never get a second chance to make a good first impression. Always be polite and courteous with others. Even if, for whatever reason, you don’t respect or like what someone else stands for or does for a living, keep it to yourself. No matter how smart or funny you think you are, most everyone else watching will not feel the same way. In fact, most will wonder what you will say about them when they’re not around or on one of your shows.

In closing my little min-rant, this weekend’s Blab reminds me of something Mark Twain once said:

“It is better to keep your mouth closed and let people think you are a fool than to open it and remove all doubt.”

Let’s treat each other with respect. It’s the best way, if not the only way, to engage on the live streaming platforms.

Today’s #Periscope on the same topic!

0 thoughts on “Please Show Respect On The Live Streaming Platforms”

This site uses Akismet to reduce spam. Learn how your comment data is processed.

This is my personal Discord. This is where I’m sharing and engaging. Please join my community here!

If you’re interested in the metaverse but don’t know where to start, the MRC is for you. Please learn more here.

We work with people like you–entrepreneurs, business owners, and creators– to show you how to leverage the metaverse to create unique and better brands, new business opportunities, and drive new lanes of revenue. Learn more here.

The best legal/biz Metaverse and Web3 community on Discord for serious business owners. Join us here!

We work with people like you–entrepreneurs, business owners, and creators– to show you how to leverage the metaverse to create unique and better brands, new business opportunities, and drive new lanes of revenue. Video, links and resources here.

Click here to go poolside in our French Riviera venue.

Click here to visit one of our public conference rooms.

Click here to visit one of our public outdoor amphitheaters.

Let’s Connect in the Metaverse!

Each week we host a “Metaverse Meetup” and encourage old and new friends to dip their toes in these exciting new digital sandboxes. I share datres, times, links, and passwords in my private email community.

Our Two “Metaverse Lawyer” Groups on LinkedIn and Facebook

Get on the update list for bonus material, exclusive live event links, free NFTs and more!

See comments and pics about the book!

Find out why I wrote the book and created my mastermind

Get Email Reminders and Updates!

All of this, and more, happens in my private email community. Don’t miss out, click here!